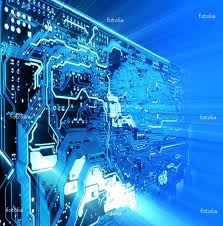 On the 24th of June, 2010 representatives from Google and Ticketea.com came to IE to explain to the 33 attendees not only their personal paths within their companies but also the important factors in launching a career in the digital business sector. The forum was brilliantly mediated by Professor Ricardo Perez.

Javier Andres Martin was the first to explain his story. Being the founder of Ticketea.com and an IE grad, he spoke of the beginnings of his company, its current stage, its future goals and what it took/takes to make it happen.

Javier first had the idea of creating an online event ticket purchasing platform in Spain at the time of his masters at IE. After graduating, he worked at a corporate company, and continued working on his business plan in the mornings before going to work and at night as well. He started the company by himself, outsourcing technical competencies. At the same time he searched for a team that could help him take Ticketea.com to its next stages. The team went through a natural evolution having changed over the years, experiencing different rounds of financing from outside investors. Although Javier was one of the first in the Spanish market, others quickly followed as is typical in the digital business sector. The added competition obliged Javier to work faster and seek greater rounds of investment. Presently with a firm grasp on the Spanish market (although with fierce competition), the next step is to expand internationally.

At the end, Javier confessed that the most crucial ingredient to start you own company, is to have “the bug”. When it is stronger than you, it takes you where you should be (the creation of your own company).

The second presenter was Carlos Mann (South Europe Manager of Geo Products, Google). From a more corporate point of view, he spoke not only of Google´s innovation strategy, which is fueled from internal and external collaborators, being open to any idea (and I do emphasize “any”). He also spoke of the grueling selection process (Carlos had 16 interviews for his initial position at Google) and what it takes to be hired at Google: Creativity, strong academic achievements, and motivation.

In conclusion, the forum was a perfect blend between the corporate and start up world in the Digital Business sector. Attendees at the end were able to satisfy their doubts by asking a series of questions to Professor Ricardo Perez and the speakers.

One on One with: ANTONIOS KYPREOSIV Employability Forum: Marketing