Guanxi – The Art of Relationships 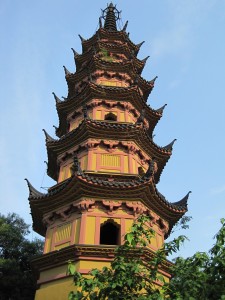 Being involved in the unique Global Immersion Week program organized by IE Business School has been one of the most outstanding experiences I’ve lived so far. The following description tries to grasp a small piece of an experience that can only do it justice if you ever visit.

Having read and heard so much about Shanghai my curiosity of discovering this city had been growing and growing. My interest grew even fonder after the Shanghai World Expo in 2010. Many similarities have been drawn with New York; “the city that never sleeps”, “the skyscraper city” or “the financial hub”, but Shanghai is not only that. It also has thousands and thousands of years of history behind it that deeply shape it. Shanghai represents a melting pot between Western and Eastern cultures, between the futuristic skyscrapers and old Shikumen, between a modern generation Y and the old traditional generation and last but not least a blend between Western customs and Chinese traditions. These clashes are the result of a modernization of the city and that is why, I believe, it makes it such a fascinating place to discover. 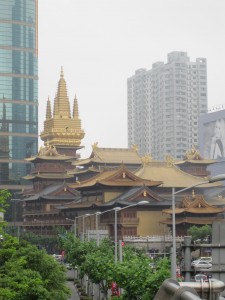 During our time there, we were lucky enough to visit very interesting companies such as Touch Media, Maersk, Tristate Holdings Ltd and Spring Airlines. We met successful accomplished business people who gave us insights on the main challenges when “Doing Business in China”. They shared with us the reasons why an expanding company, such as Best Buy or Ikea etc., could be unsuccessful or fail upon their launching on Chinese soil. An important cultural aspect in China is that the trust and respect is more important than anything else, sometimes even more than being legal. As John Chan (Managing Director at Streetsmart International Inc.) explained to us, we need to adapt to Chinese markets while respecting their values to successfully conduct business in China and for that, Guanxi (= relationships) are key! If they don’t trust you they can’t do business with you. Basically “There has to be respect and trust in everything you do.” Guanxi, is a complex concept that goes beyond just creating a mutually beneficial relationship; it involves respect, trust, credibility and reciprocity. What is also fundamental in order to establish “Guanxi” is the knowledge and understanding of years of Chinese history. Therefore, one could call Guanxi the art of these relationships.

We also had a great time exploring the city and its cultural attractions when visiting monuments such as the Shanghai museum, the YU Gardens, the old town, the Confucius temple, the markets.. and also the deep water port in Yangshan.

Overall, it was a very enriching experience at every level; personal, professional and cultural. It is the kind of experience that makes you think a lot, not only during but specially afterwards…

To be able to understand how “indescribable” this city is, I hope you will have the opportunity to go to Shanghai within the next three years. This city grows at such an exceptional rate that one year in Shanghai is almost like three years in a western country!