This May, a group of MIM students visited Shanghai for a week, where they participated in a variety of company visits, panels and talks and cultural activities. Students arrived over the weekend, giving some time to tour Hangzhou, the city Marco Polo called “Heaven on Earth,” while others stayed closer to Shanghai and visited the Long Hua Buddhist Temple.

On Monday, May 13, we kicked off the program with introductory lectures about China and doing business in China, notably by John Chan, a 20-year veteran of China, who worked in the oil and beer industries before founding his own consulting firm, China Streetsmart. In the afternoon, students enjoyed a guided tour of the city, visiting the Shanghai museum, Yu Gardens, Old Town, a silk production factory as well as the storied Bund. 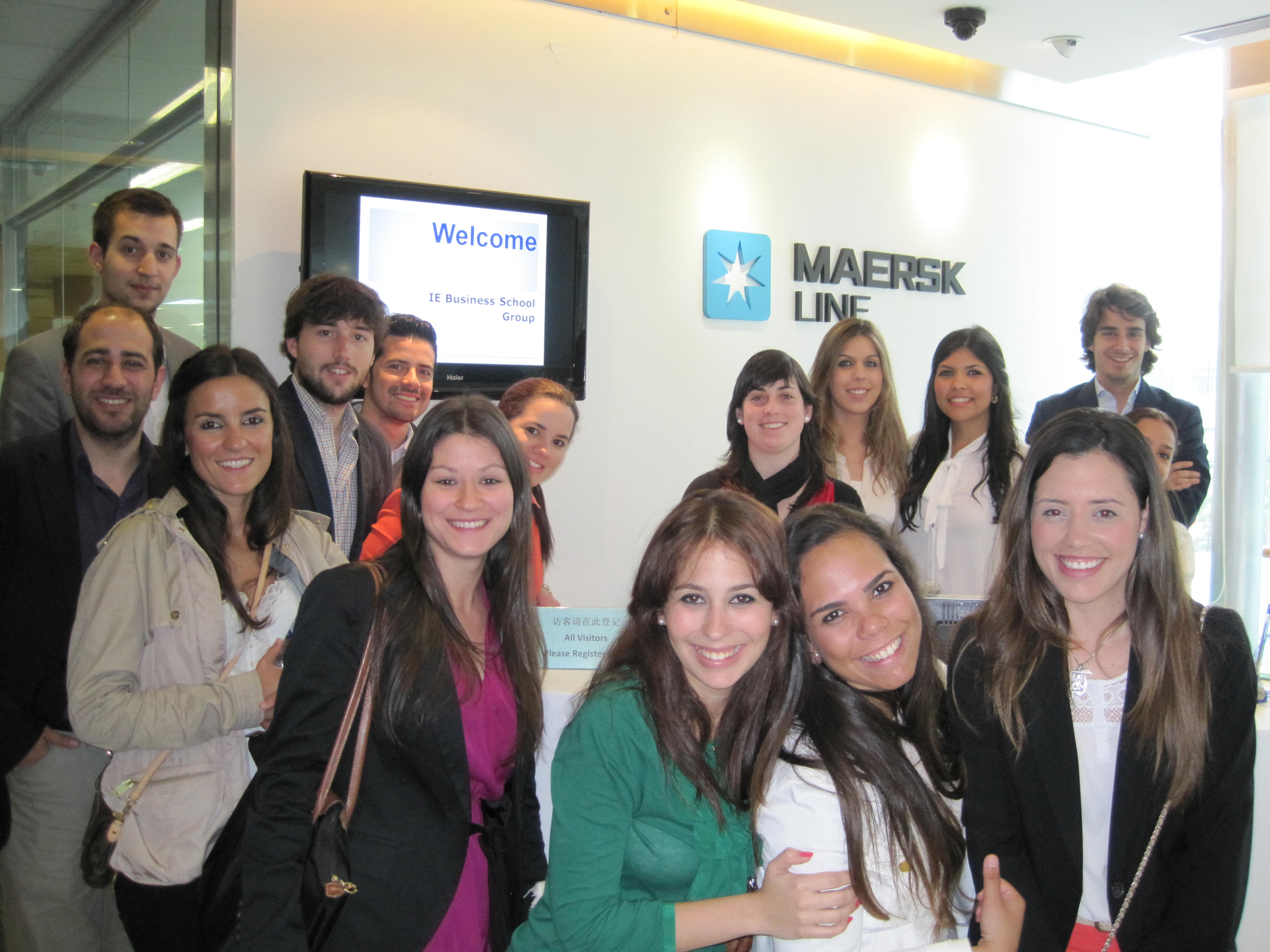 Tuesday’s agenda focused on manufacturing. Students first visited the Nokia Siemens Network factory, where they first received a warm welcome and fascinating introduction to manufacturing in China from Head of Factory, José Menéndez, EMBA 2008, before donning smocks and visiting the factory floor. Next, we headed over to General Motors China, where we climbed the catwalk and strolled along an endless production floor where 43 cars roll off the assembly line every hour.

After lunch in a migrant worker village, we were treated to a presentation from Corinne Hua, who has set up her own NGO, Stepping Stones, in order to help the children of migrant workers. Migrant workers have few rights in China, and although their children are legally able to attend school until they finish junior high school, many schools lack the necessary resources to help their students succeed in school. In order to help Stepping Stones provide English language training in these schools, the MIM program made a small donation to the program. Finally, we toured the migrant village, stopping in a recycling collection facility and a small, Chinese-owned factory. We saw the homes of several residents and had the opportunity to play with local children.

Wednesday, we focused more on the Chinese consumer and first visited Spring Airlines, China’s only low-cost carrier, often described as the “Ryanair of China.” Deputy GM Jonathan Hutt treated us to a presentation about the airline’s history and a tour of Spring’s installations in Hongqiao Airport. In the afternoon, we visited a shopping center in order to witness firsthand the positioning of German brand Jack Wolfskin alongside that of their competitors, who include The North Face. In order to further learn about the positioning, we visited Tristate, the company who manages the Jack Wolfskin brand in China, where Josh Perlman, Tristate’s souvenir, hosted the MIM for a panel discussion. He was joined by Joseph Ranieri, who introduced the Crocs and Totes brand in China, and Sandy Wong, from Saatchi & Saatchi, who talked about their experiences in China, their opinions about the Chinese consumer, and dispensed advice about finding work in China. (Hint! Learning Mandarin is high up on that list!)

Thursday, we rounded out the experience with a presentation from James Sinclair, Managing Partner of InterChina, a consulting firm that counts Walmart among its many clients, but also many Spanish brands, including 5 Jotas, Leche Pascual and Osbourne. James talked about the food and beverage industry in China, but also touched on the exponential growth of Chinese brands and the increasing importance of second, third and fourth tier cities.

We next headed to the Danish shipping line Maersk, in order to round out the experience. Here, Daniel Rejón, Key Account Manager, gave a presentation on the state of global shipping today, before we headed off to the Yangshan Deep Water Port, the largest in the world. The port is already unimaginably large, with kilometer after kilometer of berths, but the port authority already has plans to expand it even further.

After a busy day, we headed to the Confucius temple, where students relaxed as they tried different varieties of Chinese teas and prayed to Confucius for successful final exams—just as millions of Chinese students do every year, as well.