Two Master in Management current students, Kateryna Goniuk and Miquel Nicolau, share their impressions after the Global Immersion Week in Shanghai – May 2014 about Doing Business in China 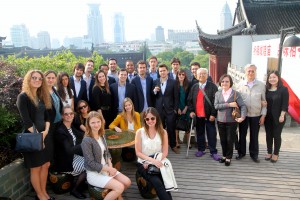 “The word that best describes China is definitely controversial. They have impressive roads and skyscrapers neighboring ramshackle hovels; they say they don’t have communism anymore at the same time they defend the party and attribute all the recent economy progress to great Mao-following regime. They are very proud of their economic success and repeat that in PPP terms their GDP will surpass US this year and China will be the modern superpower while they cultivate corruption, neglect the public rules and stick to some outdated beliefs. They have a collectivistic culture and seemingly don’t like to stand out but yet, as an HR of one big company said, they are very aggressive and fight for their career even though not explicitly.

Obviously if you want to do business in China you need to take into account a lot of things, including those mentioned above. One of the most important and unexpected findings was that textile production, which was the biggest part of Chinese exports, shrunk significantly. That means that it became much more cost-efficient to produce clothes in Vietnam or Philippines because of the rising wages in China. The place of textile in the export structure shifted to the production of electronics, moving China towards manufacturing of the higher-end goods. It is also important that very recently the share of GDP, which came from services, outweighed the one produced by manufacturing.

As the people become richer, government tries to stimulate demand. Chinese people now have money and they start enjoying what Americans practice since the WWII – Consumerism. They are especially crazy about brands, which explains the huge margins that luxury brands make in China.

Since the essence of all businesses is people, those who want to open an enterprise in China should think twice. All managers in different companies stress such problems as high labor turnover, low loyalty, first priority of wage in motivation ranks, low ethics and high fraud rates when talking about Chinese labor market. Of course you also need to remember about a huge cultural abyss between the West and East. 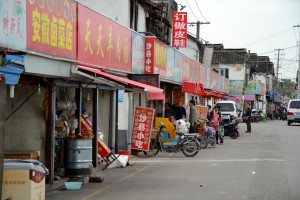 Having information about facts is great, but what are the key insights we got which could really help when it comes to doing business “in” or “with” China?

If one thing was made out clear during our trip it was that there is not a China expert. China is a country with a huge potential and with plenty of opportunities for one to become a successful businessman, but it is also an extremely hostile business environment. There is an infinite list of westerns who have tried to set operations in China, both as an extension of a current company or as entrepreneur, and have failed because of a very simple issue: Chinese are not like westerners. The American or European model for the world does not work in China, and this is the first thing one should consider before developing any idea in China.

The other issue is the Chinese. If you want to make business in China, you would probably need to make a deal with a Chinese at some point. Despite the communication issue (The percentage of Chinese who speak decent English in China is very low) there is an important cultural difference which one needs to understand before engaging in negotiations with Chinese.

Having said that, all these insights are great if one wants to get an idea about what is China, but the most important thing we learned is that no matter how much you read about China, no matter how many times you travel to China, if you want to do business successfully in China, you have to experience it first. Experience it is not about being there for a few months learning Chinese, experiencing China means living there as if you were a Chinese. Get a job, understand the market, and learn some Chinese and the most important: build a solid network. Business in China is all about having the right contacts or what the expats call “Guanxi”. Guanxi is huge in China. Knowing the right people will get you that project, that job or that contract. 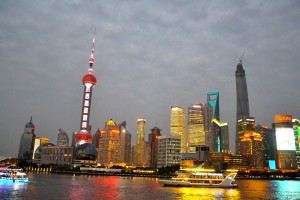 Another thing that caught our attention in China was the wide community of expats. Expats are everywhere and usually in senior positions. Reaching them, building awareness and creating effective relations within this community is definitely a must if you want to smooth the path to success in China.

To sum up, China is a peculiar country, but it’s not for everyone. Patience, determination and mid/long term view is key to survive in such a hostile environment. However the reward appears to be promising – maybe some of us will find out for ourselves in a few years!”