The Master in Management Experience: “A transition into a newer version of oneself”

Graduation is approaching fast, and the Master in Management intake of September 2013 will soon end their IE Experience as a student and begin a new stage as an IE alumni. 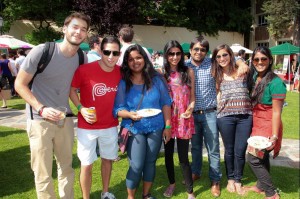 “Change is the only constant they say. And with major change comes major upheaval-a transition of surroundings, places and more importantly a transition into a newer version of oneself

Today-as we await the day we all graduate as Masters – await that moment when we hurl our hats and walk down in élan, we know we have changed. The ‘We’ today-that was a bunch of solitary lost faces on the 12th of September in the university hall of ancient Segovia has evolved into a batch of unified pride and togetherness-MIM 2014. The ‘we’ that was composed of a plethora of random individuals aspiring for more- a year back, has come closer to what it had sought. And hopefully the ‘we’ that graduates on the 25th has an infinitesimally bright future that takes it closer to a much brighter world.

This is the end of an era and it’s infinitely sad to contemplate that the batch that was so wonderful together was ramifying out again. But it’s satisfying in reminiscence to realise that we’re inching towards a future that holds more hope and excitement, towards a future that holds close the amazing people we’ve befriended along and with a mind that’s open to endless possibilities.

It’s often hard to surmise things that have truly impacted our lives and hence it’s almost impossible to word out the impact MIM and IE has had in my life. But from being lost on Day One, to making those first new friends, feeling at home in a class housing thirty different nationalities , speaking for myself and more importantly sp 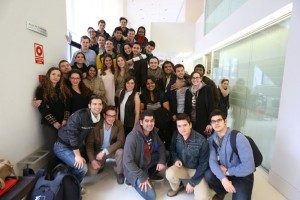 eaking for friends, learning to coexist in teams, learning, appreciating, ignoring, detesting, making plans, redoing plans, jumping careers, starting brand new ventures , taking the plunges I had never felt confident to, making new acquaintances, pitching to random groups , playing for MIM games, treasure hunt on Madrid streets , meeting the awe inspiring people I came across -from all over, struggling to meet deadlines , worrying sick over running late , being mistaken ,misjudged ,  ideating dreams, being an entrepreneur ,those impromptu dinners and trips, experiencing Europe with its multifaceted innuendos , keeping a straight face while not comprehending a word of Spanish, learning the first words of an alien language, cooking exotic recipes from countries I hadn’t heard of before, tasting the best of food and wine , designing ads , starting my own club , going on whole new expeditions with absolutely no plans – these are just a few of my MIM Experience moments and these months have brought in so much change. How I wish I could bottle up every moment of excitement and exhilaration and save it as an insignia! Sometimes I wonder-if it was just eleven months! But then again-they say it takes a second to change a world!

Someone said when you’re so consumed by the idea of rainbows, you don’t appreciate the light around .I don’t know if I’m where I had aspired to be eleven months back and  I don’t know if I will be there soon. But then again- my aspirations have evolved. When I landed in Madrid, I had a picture of haze in my mind- being only certain of the things I did not want. The haze seems a little clearer now and the days seem more promising. For me, MIM was a program for people who have never been afraid to experiment and experience. And as the journey nears an end, to all my fellow MIMs I say -‘It’s just another beginning. Carpe Diem! “ 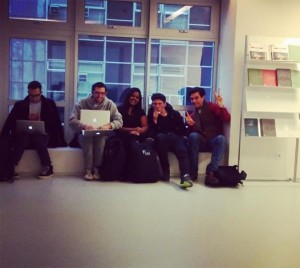