A talk with Marc Randolph, the co-founder of Netflix, and Michael López-Alegría, the Director of Operations for NASA 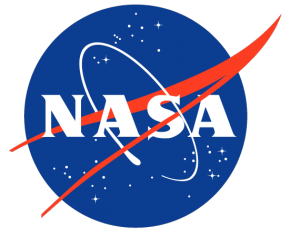 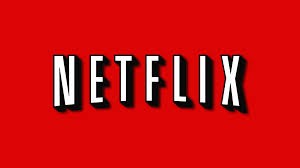 On April 14th, IE Business School hosted a talk with Marc Randolph, the co-founder of Netflix, and Michael López-Alegría, the Director of Operations for NASA and Commander of the International Space Station with a total of 257 days in space.

What does an astronaut and the co-founder of Netflix have in common? One could argue a lot – they both need to have a lot of energy, be passionate about what they do, be strong risk-takers. These two individuals were not afraid to stand out and to go to great lengths to advance themselves and society as a whole.

Can a student really thank Marc for Netflix?

Yes, Marc is one of the people responsible for the countless hours you spend in front of your computer watching House of Cards. As a student, I am not sure if I should thank him for the opportunity to see Kevin Spacey control the world or hate him for the countless hours of procrastination. Either way, one could argue that what he has done is something amazing – that only someone truly remarkable would be able to accomplish.

However, Marc believes that anybody can do this. When we were in front of him, he said that he was not smarter than any of us – and certainly less prepared than we are. But he says that success is not about preparation, geography or wealth – it is about having the right attitude, being a risk taker and persevering.

What one needs to do is build a system that allows one to try a lot of bad ideas until you iterate and build a good idea. It needs to be fast and cheap so you can try (and fail) as much as possible with your limited resources – while learning great amounts. One needs to build a validation technique in order to test assumptions and understand what is missing to match consumer’s needs.

However, even though the markets are more open to new ideas, Marc says that building a company is increasingly harder. He says the start-up world is pretty brutal. He said that he “could not have built Netflix nowadays – we were very lucky to be in the wrong place at the right time. Things are much more structured now, and we would not have been able to raise this amount of money with the mediocre results we were showing at the time’.

But overall, he shared his enthusiasm for trying new things, encouraging his audience to fail as much as possible as only through that one is able to be remarkable.

Michael’s take on our small world

There is something magical about listening to someone who has seen our planet from afar, they have completely different perspective about life. And it certainly gives them some kind of authority when discussing commercial space flights. According to Michael, this was a natural career progression – after travelling to space (“been there, done that”) he moved to a company that will provide touristic space flying.

He believes that this industry will develop quickly – there certainly has been less investment by the government in space travel, but he believes that this will provide a crowding in effect that will encourage private companies to invest into other opportunities. It is certainly an exciting time to be involved in the industry.

And when compared to what Marc says about failure – Michael has a complete opposite opinion. In space travel “failure is not an option”, as failure can certainly cost lives. Therefore, do not be afraid of making mistakes, but ensure that you know what the consequences will be!

A break to remember: Semana Santa with friends near ValenciaMeet Matthäus’ startup, Playbrush, live on Kickstarter!