A closer look at GIW June 2018 in Berlin

Every year, MIM students have the opportunity to go to worldwide destinations to have exclusive insights from world-class academics and to network with managers and key companies in their area of interest. The Global Immersion Week is not only an extension of the classroom, but it is also an opportunity for students to develop cultural awareness and an appreciation for cultural differences. As the leaders of the future and part of the IE Community, the Global Immersion Week gives students the opportunity to have a well-rounded MIM experience.

We take a look back on The Global Immersion Week in Berlin, which took place June 11th to June 15th 2018. Olga Nogales Aucar tells us about her impressions during their last day in this very special city: 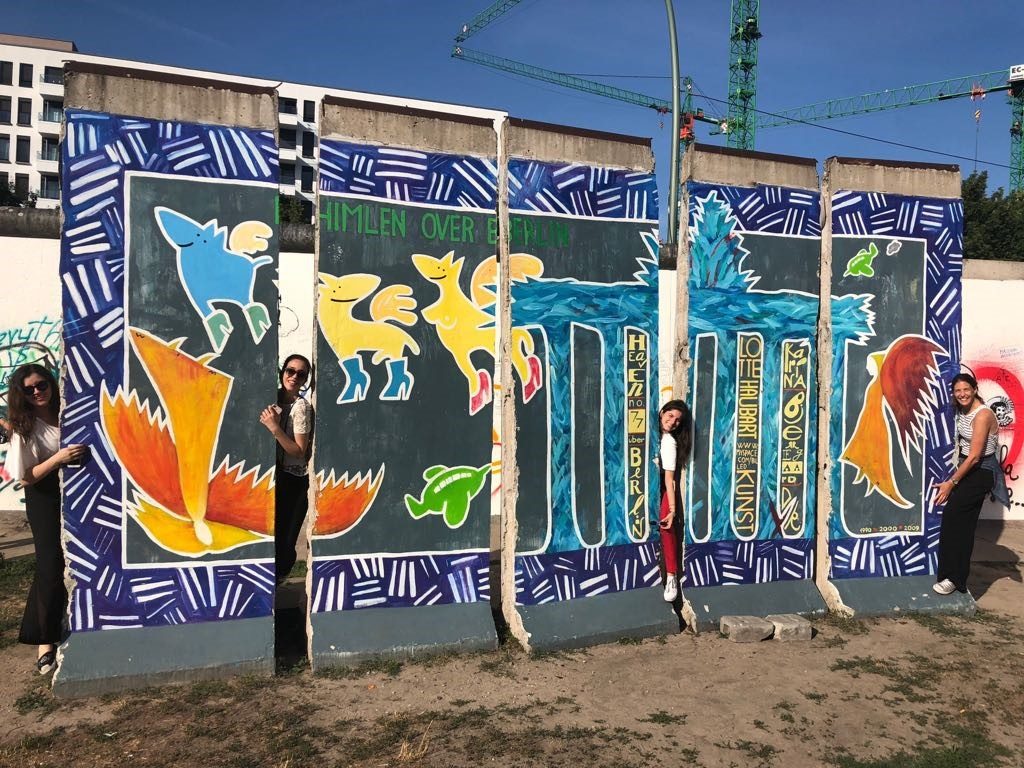 Friday, 15th of June: fifth and last day of what has been an amazing Global Immersion Week. Our day starts in Alexanderplatz, as we walked towards it, we already felt familiarized with Berlin, its streets, people and eclectic spirit.

From there on, we went to visit “Ada Health”, Europe’s most innovative health-tech start-up. Ada Health is an AI-driven app that works like an “Alexa for health”, offering personalized care by combining AI with the medical knowledge of doctors and health experts. Since its launch in 2016, Ada Health has become one of the fastest growing health apps in the world, having obtained private funding of €60 million from various private sources in 2017 alone, the second highest Series A funding in Europe in that year. It is the #1 medical app in more than 130 countries, and it continues to grow, bringing health and medical knowledge to an ever-expanding market, making health more accessible to people across the globe. With Marvin Rottenberg, Head of Marketing, as a speaker, the importance and potential of Ada Health became evident to us, as he explained their innovative and deeply qualified approach to health solutions and the relevance of the integration of technology in the health industry. But what gives Ada the potential to close the bridge between people and medical knowledge is that with the app, their form of implementing technology into the sector starts with the users, instead of medical institutions. Ada Health registers the user’s information (regarding: age, gender, symptoms, sensor data, location) into their Reasoning Engine to formulate their assessment of Triage and disease probabilities. In their assessment, Ada also includes the level of necessity to seek medical assistance, highlighting the level of emergency. In their profile, users can see the history of their symptoms, allowing them to track and see the progression of their conditions.

As Marvin explained how the Reasoning Engine works, it became clear that Ada came to be because of a latent need for direct access to tailored health information. The importance of this access, as the importance of health itself, can not be priced. As the speaker stated, Ada Health’s goal is to obtain a hundred million users by 2020, but after seeing how vital its usage can be, I can think of more than 7 billion people that could benefit from downloading the app this year.

After the insightful company presentation, it was time for lunch, as we headed to Tex-Mex, a restaurant with various interpretations of Mexican cuisine, where we met our tour guides. The good food and conversation about every company visit and the history of Berlin made us eager to explore the city, the local scene and to end the trip on a high note.

Off we went to Potsdamer Platz, one of the modern and commercial zones of the Berlin, filled with contemporary architecture and historic references such as Europe’s first traffic light and the Berlin Wall Trail, which altogether, allows to infer a sense of how the development of architecture and city planning contributed in shaping the ways to reunite a divided country.

We continued exploring the city in a Graffiti Tour, where we walked through Kreuzberg and Friedrichshain, observing iconic tags, art and graffiti filled with sociopolitical and artistic content; analyzing how artist can take a grey space, transform it and invite you to reflect on their creation. The variety of content is a reflection of the many sides Berlin has to offer, a city where, as said by our tour guide “you can find a whole different world around the corner”. 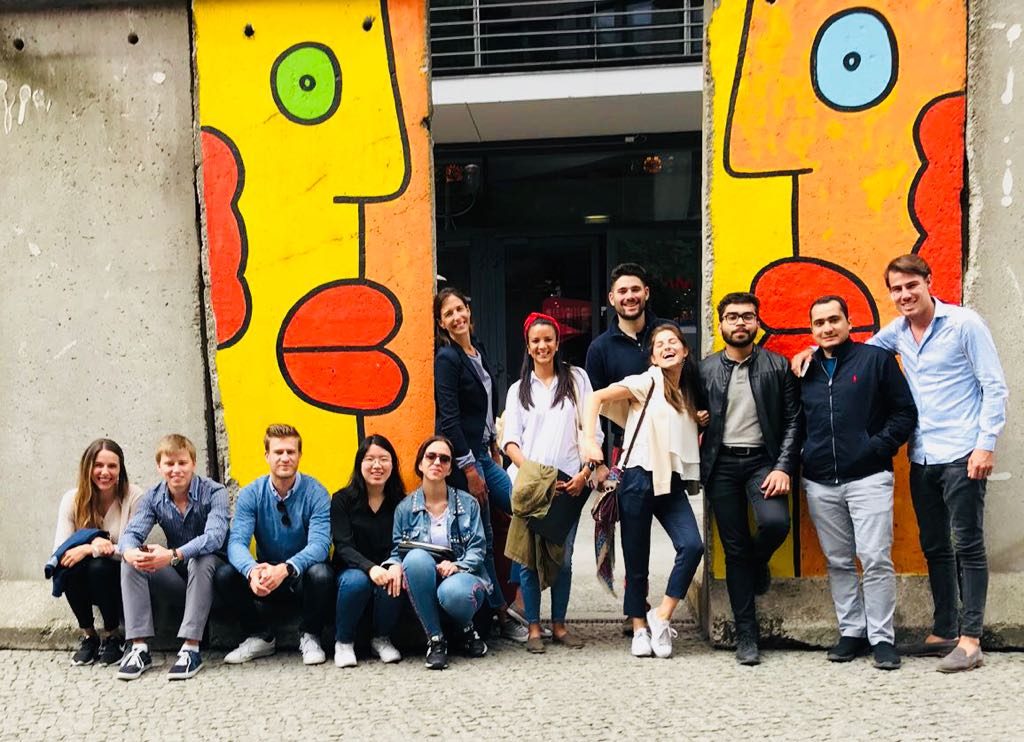 During this week, many of us have discovered different worlds in terms of dimensions and purposes of technology implementation, entrepreneurial spirit and business models. With a quick and final stop at one of Berlin’s hidden bars, we say “prost!” to an enriching and inspiring week in Berlin.

Insights by Olga Nogales Aucar
Section 5, September 2017 intake of the Master in Management

AND Thank you to our amazing photographers, who captured the magic moments of the Global Immersion Week in Berlin – MIM students: 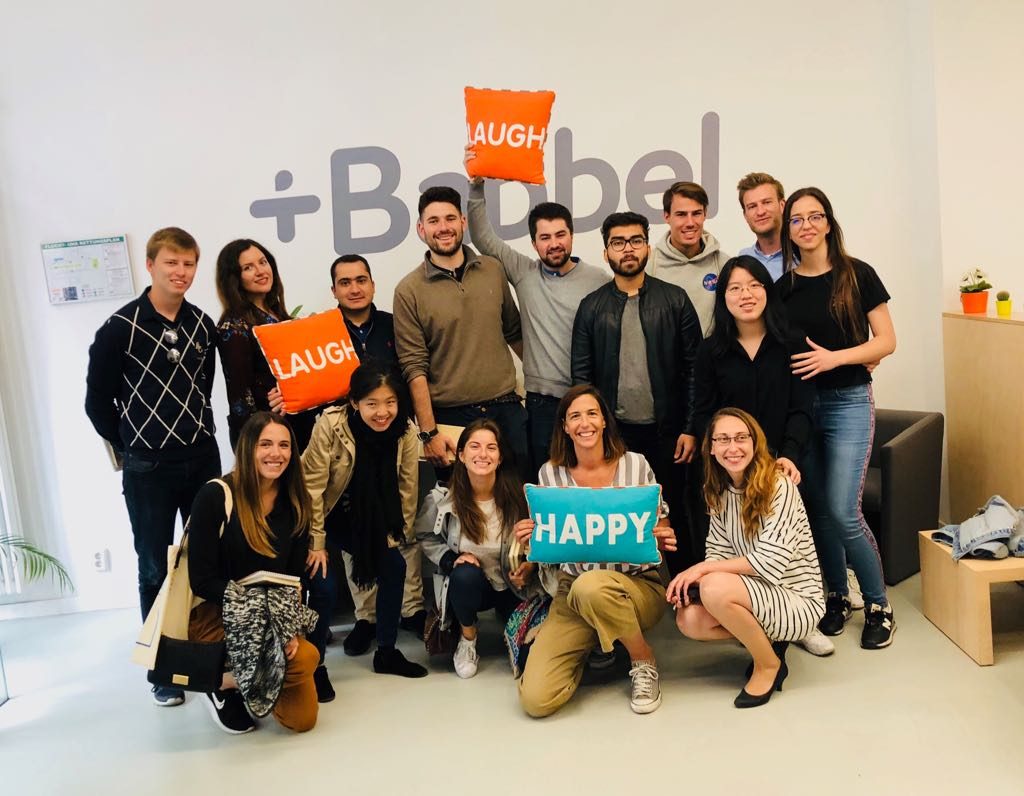 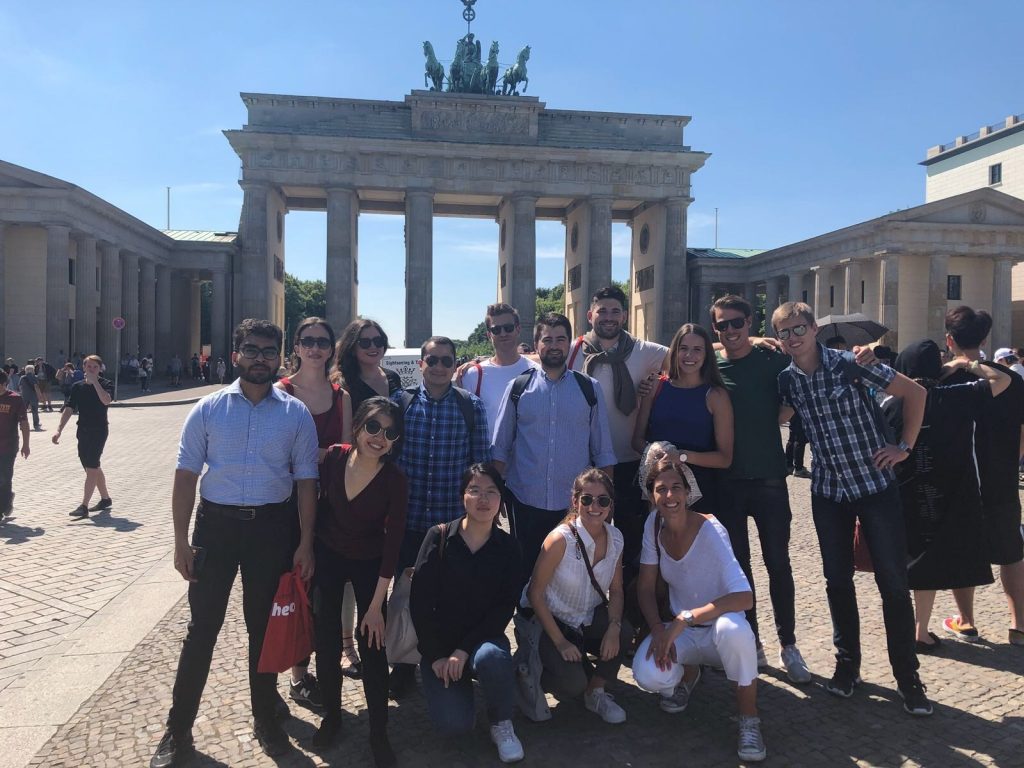 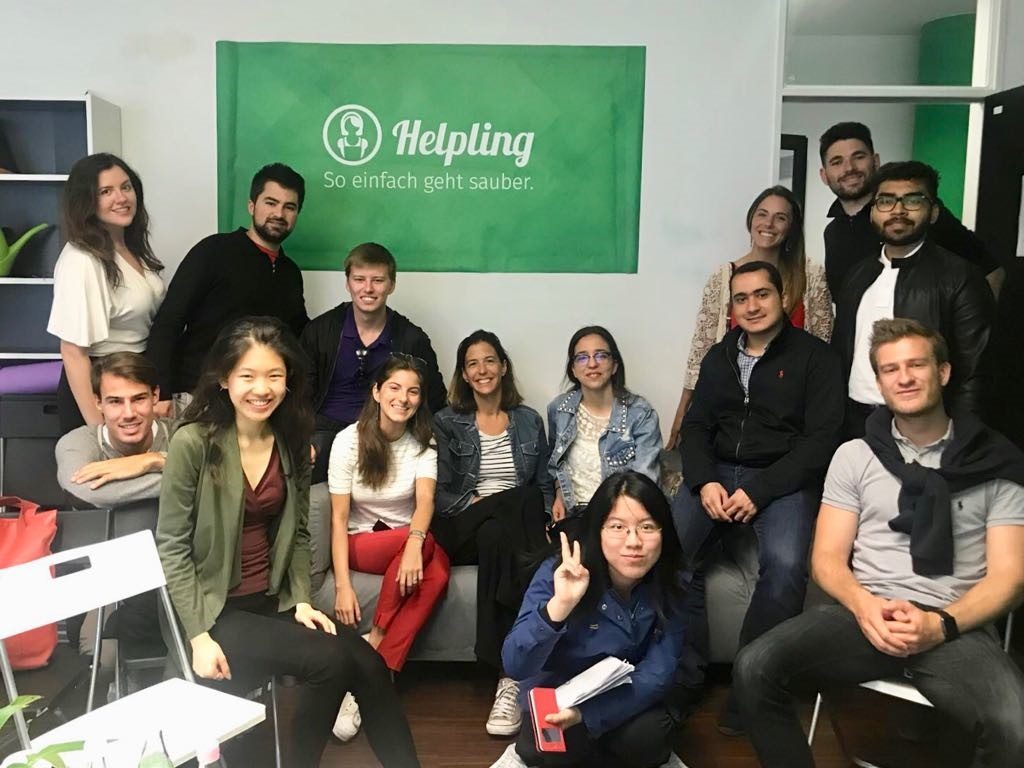 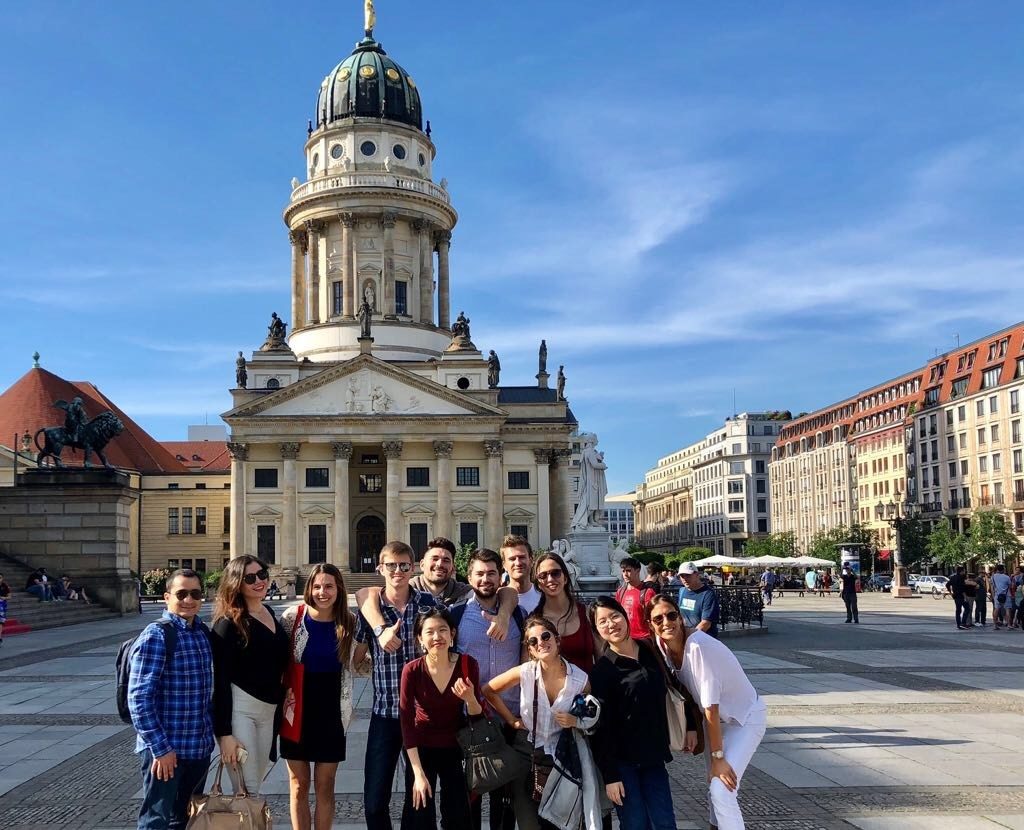 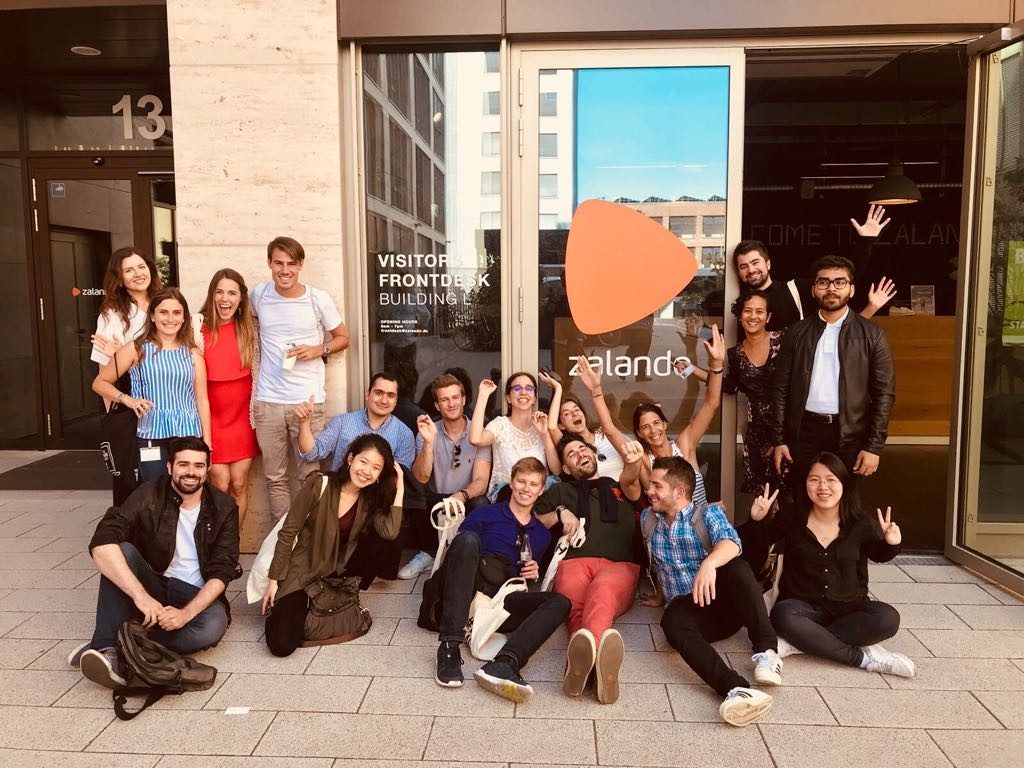